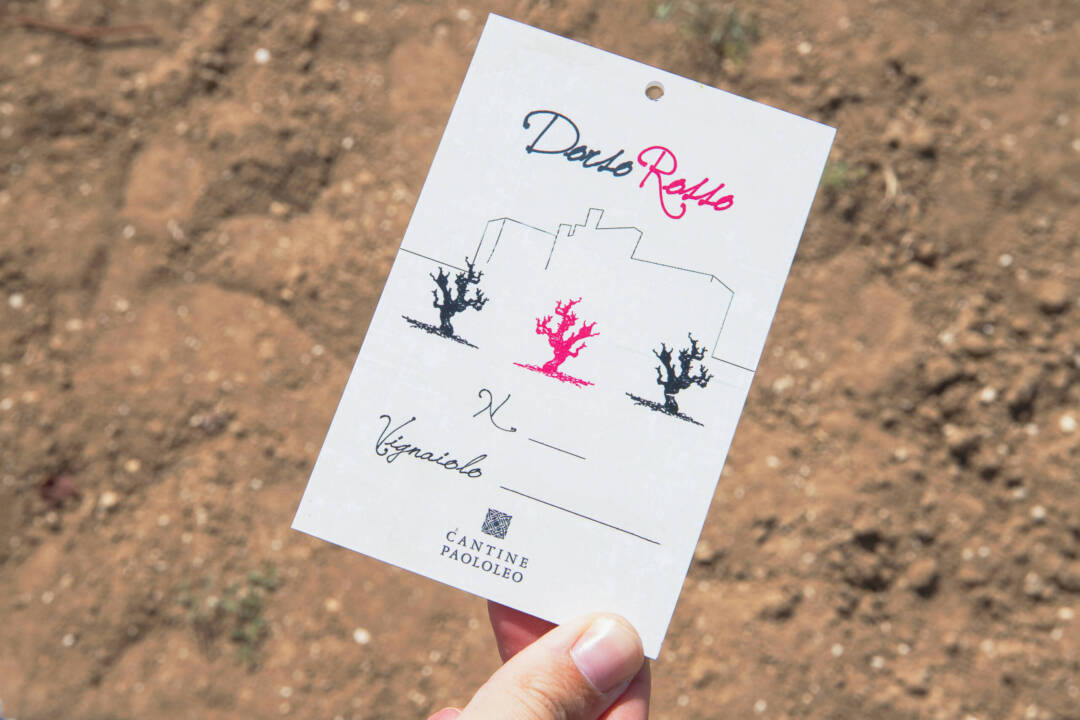 The project takes its name from a small red-backed notebook found in Masseria Carritelli, where detailed instructions for the production of a wine through traditional methods of growing vines and fields were kept inside.

The low yield, however, is one of the reasons that led many winegrowers to uproot the old vineyards and replace them with espalier systems that guarantee a high production.

This project was born with the aim of safeguarding the Apulian bush vine, the symbol of a millenary viticulture. More than a simple agronomic decision, the bush vine is fundamental in Salento from a pedological, panoramic and even tourist point of view.

The first harvest took place in 2013 and after the ageing process required by the production parameters found in the notebook, the label was officially released in 2015. At the moment, the 2013 vintage is the only one available.

Dorsorosso is a wine whose secret is linked to a particular method of aging .. a secret that would be useless to reveal in words, but must instead be discovered sip after sip.

Discover the secret of Dorsorosso. ADOPT A BUSH VINE